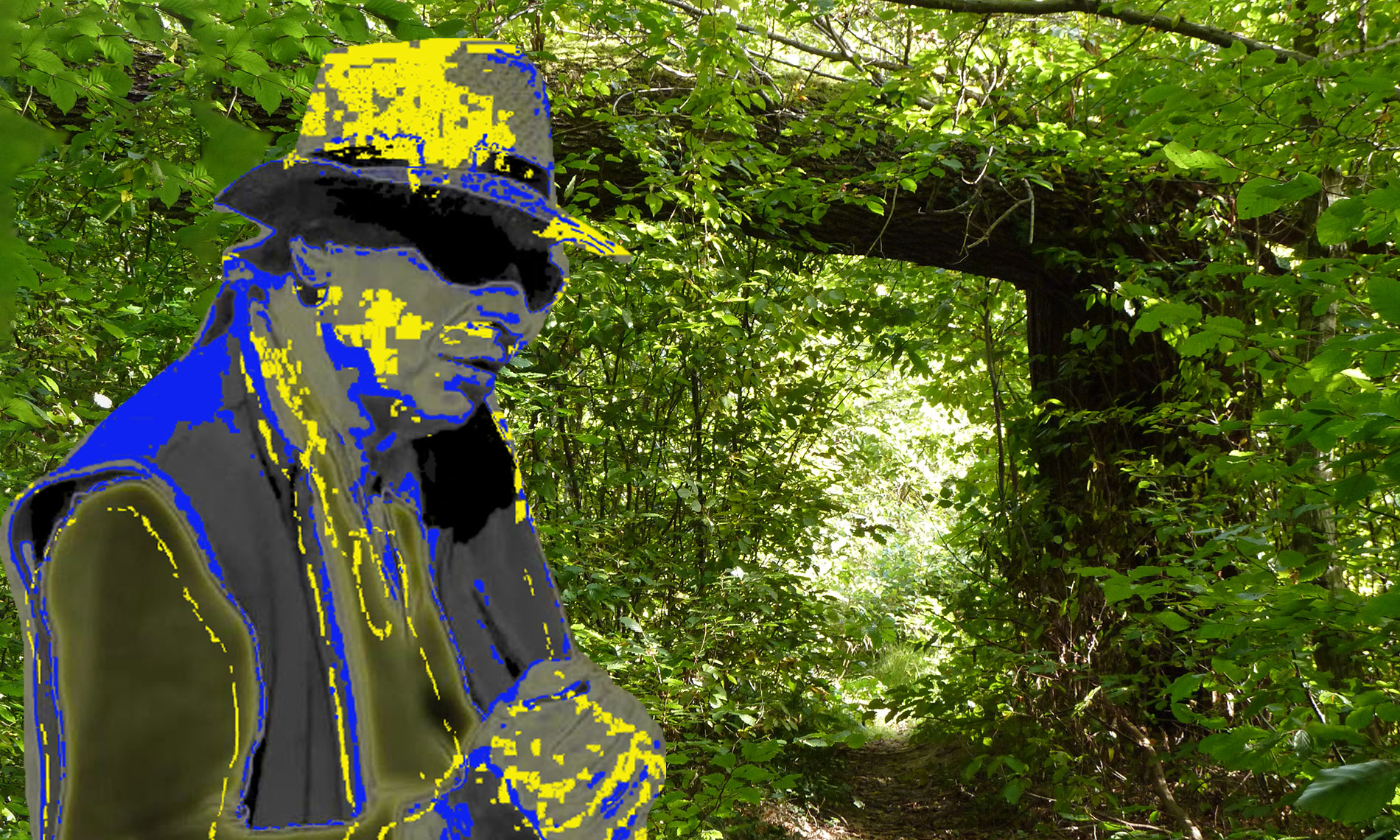 “There are places where the visible and invisible worlds are close to each other.These points of the terrestrial sphere correspond in a certain way to the chakram, the subtle centers of the human body.

These are kinds of doors through which one can easily move from one world to another. All religions recognize these places where the miracle becomes possible. Their place is defined in a particular science, sacred geography. “ (source)Alain Daniélou, Shiva et Dionysos, Fayard, Paris Today, we would talk about geobiology, but it did not exist when Alain Daniélou wrote these lines in 1979.

Whether it be Benares, the Potala in Lhasa, the cathedral of Chartres, the Giza plateau in Egypt, Kyoto, Mecca, Lourdes, “the characteristics, the magnetism of these places are always similar. Benares, the holy city of Shiva, is the place where the rivers of the three worlds that are the Milky Way, the Ganges and an enormous underground river that flows down from the Himalayas to the south are crossed on the same axis.” (source)Alain Daniélou, Shiva et Dionysos, Fayard, Paris

Daniélou omits to mention the obligatory counterpart of these overpowering chakram: negative points of equivalent strength are always found near the strong points, I call them black holes. They are doors too, but of another kind: they lead to the infra-world. Geobiologists do not deceive themselves, and know how to detect chakras like black holes.

There are also secondary chakras and tertiary chakras, much less powerful, but much more widespread. There is one less than 10 km from you. These chakras, too, are accompanied by negative points of equivalent power. This is the subject I want to talk about in these lines.

About fifteen years ago, in Mayenne where I lived, I received the visit of two old friends, wizards like me, educated at the same school. At that time, we were very close. The uncertainty in which we were immersed about our future –common or not– was tossing the balls to all three of us. The concern for the future is not worthy of a wizard. We did not know it yet. 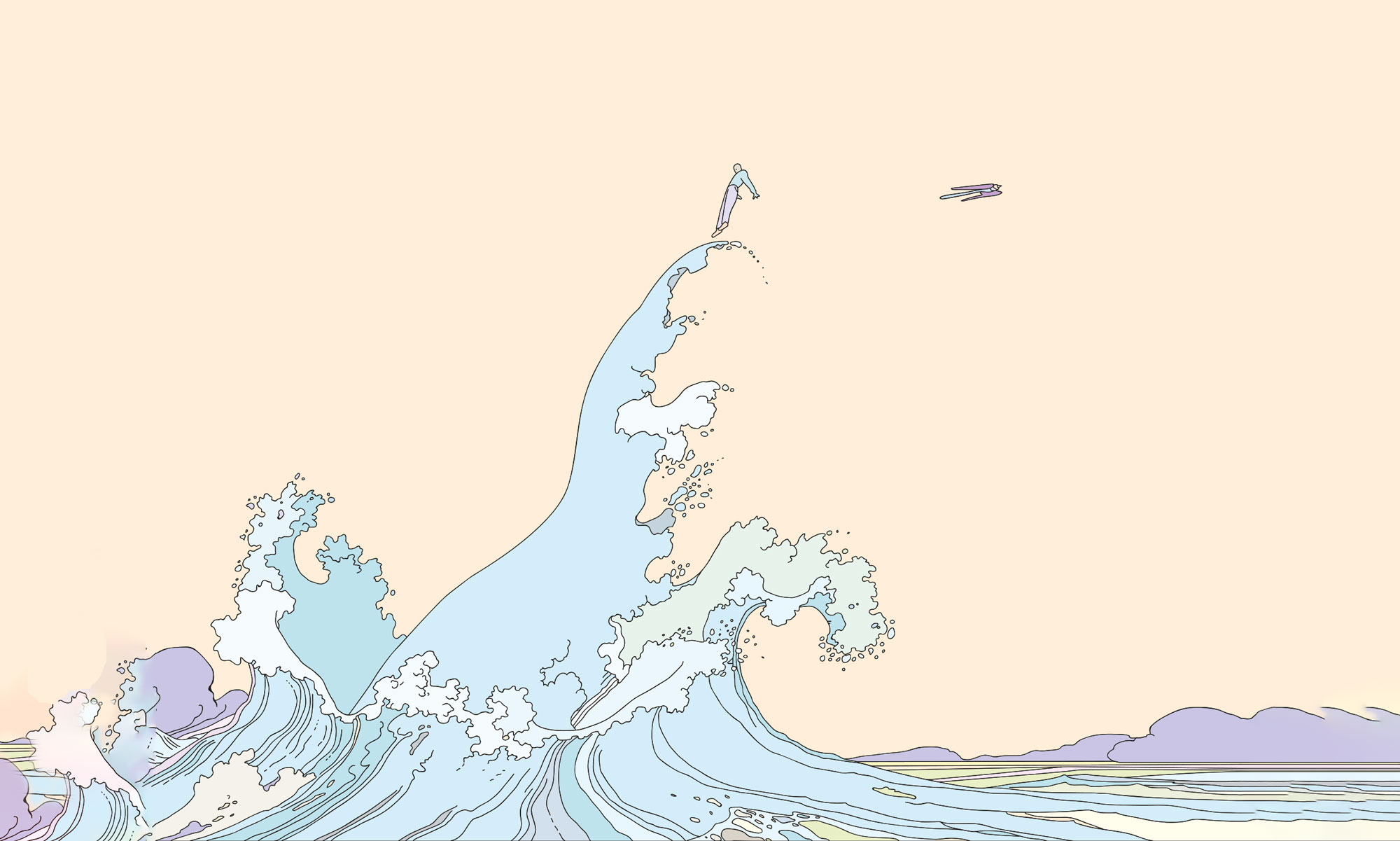 I came out of a rather dark period, which I had mostly used to visit the infra-world. Or rather, the part of the infra-world just under our feet. The psychic cellars of the human earth are haunted by subtle rats of variable size, ranging from the minute to the absurd, but always in the execrable. Not that they have the appearance of rats, they are inorganic, they have no physical body. It’s just the impression they make.

Moreover, without trouble to Mœbius who doesn’t care because he’s dead or to Jodo who doesn’t care because he’s still asleep, we seek in vain the beautiful Animah, queen of rats, her ratter majesty riding the Rat of rats. In the world below I have found only vergers, shame and honeyed vanity. It’s glue school and lace high-school. What the hell did I make there? Good question, I keep it.

In any case, I knew more than fifty ways to the infra-world. As a regular user I was, so to speak, specialized. Doors were popping open in front of me. I went in most of the time – for the thrill, or just to change my mind. The walk is safe, as long as you follow the precious advice of Juan Matus: “The inorganic will offer you the moon and more, you can take what you want — provided you never tell them yes.”

To say yes to the inorganics is to sign eternal damnation with one’s blood, they said. Old time Christians took the inorganics for the devils. So dangerous guys. They are much less dangerous than a fucking archangel or a cherub, who is a death machine moving at the speed of light and grilling all life with a single laser ray, when it can shoot millions. Kerubim is the name of a planet predator. Fear the angels, my friends. They are much stronger than you.

When Marie makes chickens, it’s stupid. When a sorcerer makes chickens, it’s all the more stupid. It blocks you in the rational impasse, in the leaden gray world of the French daily life. It lacks air. We went for a walk in an old quarry without boasting the beautiful energy.

On a sight, on a lived experience, on a sensuous telluric smell, and although it left all perilous to new adventures in the forest, a door opened straight ahead. It was there in the greenery, her departure was drawing a darker space. I had spent decades all the same.

I happened to walk. It also happens that I have the power to stop time. It did not work in case of emergency and it was one. Did I have the right to train these two henchmen in a world they did not know? In doing so, I became their guide, their mentor, and I risked attaching them forever.

No question! They are my friends, they belong to my lineage, but they are neither prey nor my clan. I did not take any power over them, as one of them has stopped remembering me since, with good reason. Each one his path, each his destiny. 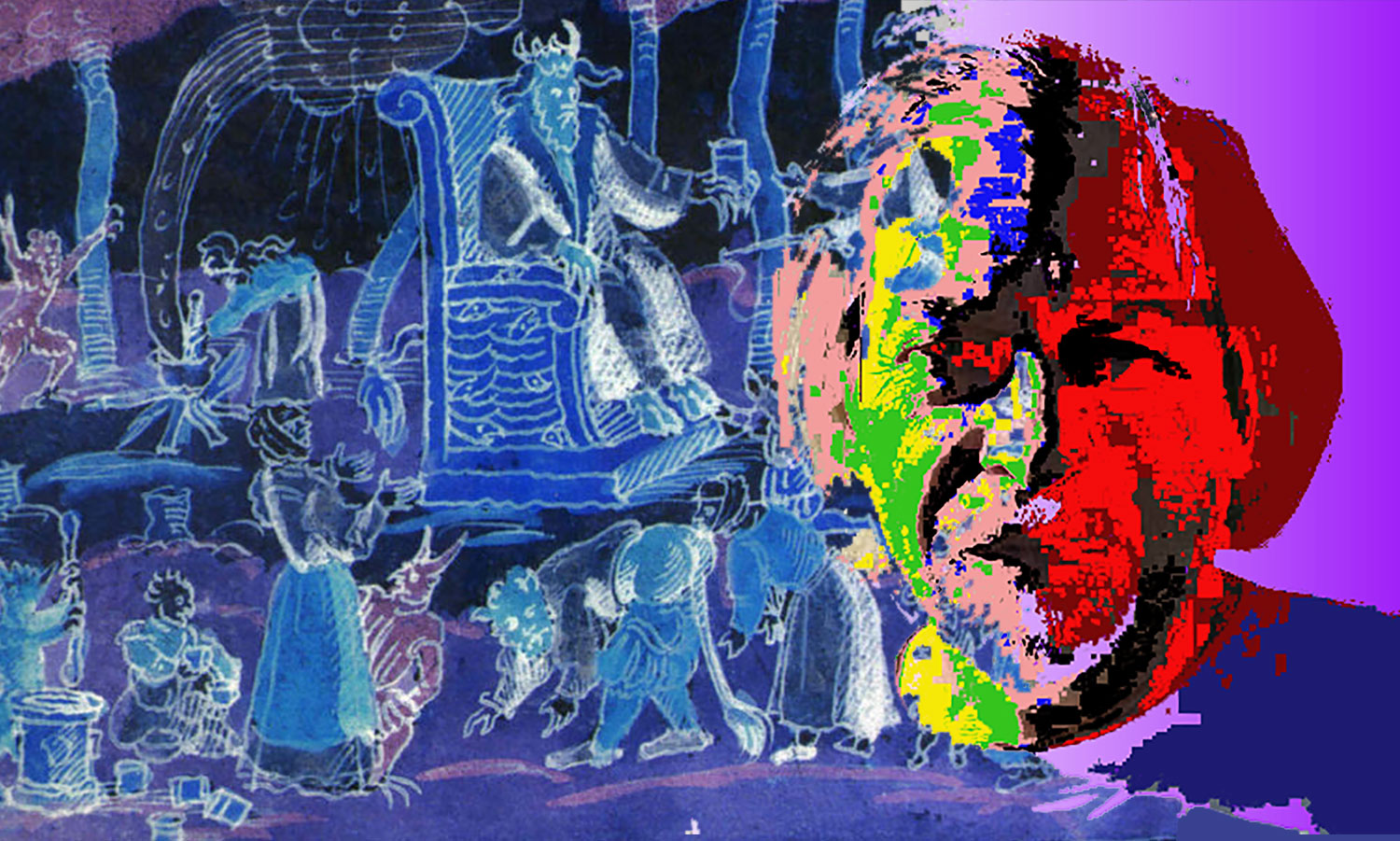 I stopped the time. I let them both pass with me erased by swiveling on a big road at 90 ° of our road, count the free field to these two fellows to penetrate or not into the world beyond the door.

So I set the time again. My two wizards, instead of going straight and out the door, are soon stuck to my basque to get away from the danger zone: right angle turn. Continued our walk in the forest towards a Neolithic site.

Later, back in the corner of fire, I was amazed with their recriminations. And it has not stopped since! “Never seen that! Never seen such a occasion, and you run away! Finally the door was wide open, before our eyes, well no, you turn on your heels and you have fun with two big stones! Xavier ! What an occasion, what a missed opportunity! “

But holy vain gods, who asked you to follow me? You were not old enough to go alone? In this case you are old enough to go with me. You did well to scroll. Well, I’m like you, this old story, I do not care. I have always noticed that she played an important role in the rest of the film. She changed our relationship, turn 90 degrees as in the forest.

Pity. But it happened. Sorcerer or not, we are always happy to find someone else to endorse our own responsibility. That’s why I’m taking mine. Wouldn’t I have obeyed another, equally cowardly, injunction to take a French leave? Afterwards, for a gold face, wouldn’t I have invented scruples and developed quibbles to fool me myself?

Fifteen years later, who cares? I don’t. The infra-world does not interest me anymore. And you don’t. You found other doors within your reach, or not, that’s how it is. Your adventure belongs to you, it is worthy of the respect due to all life.

Another choice: there is something that I have never supported in the bourgeois theater as in the paperbacks, it is the almighty misunderstanding. All the poor plot is based on it. It would be enough for one of the protagonists to tell the truth so that the misunderstanding disappears. And the work with! Goor riddance ! Let’s say I tried to avoid that. It’s up to you, old companions. 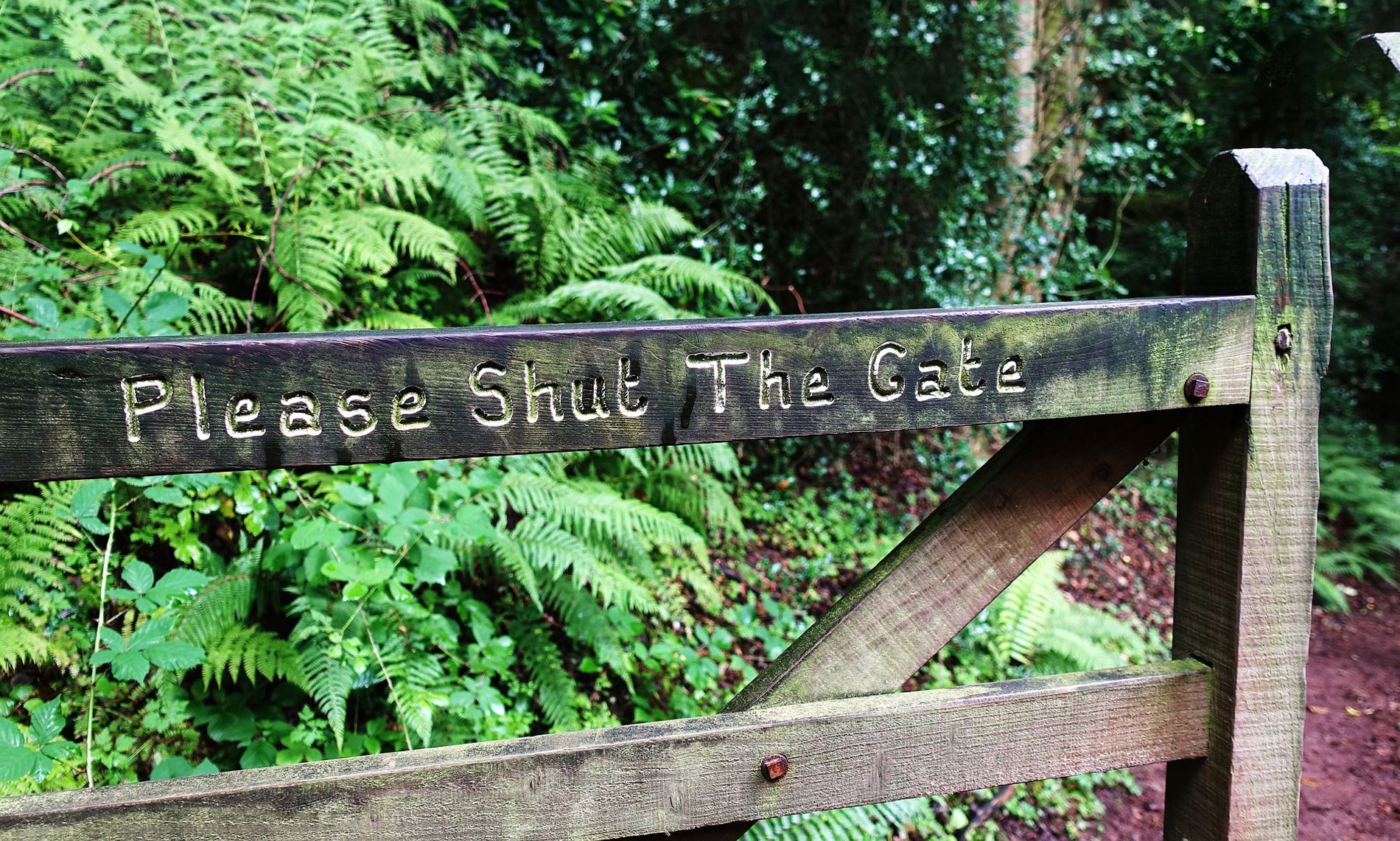 “We spend our lives in front of a door without seeing that it is wide open and that what is behind is already there, before our eyes.” (source)Christian Bobin,  L’éloignement du monde – cité par Ludmilla Zahno