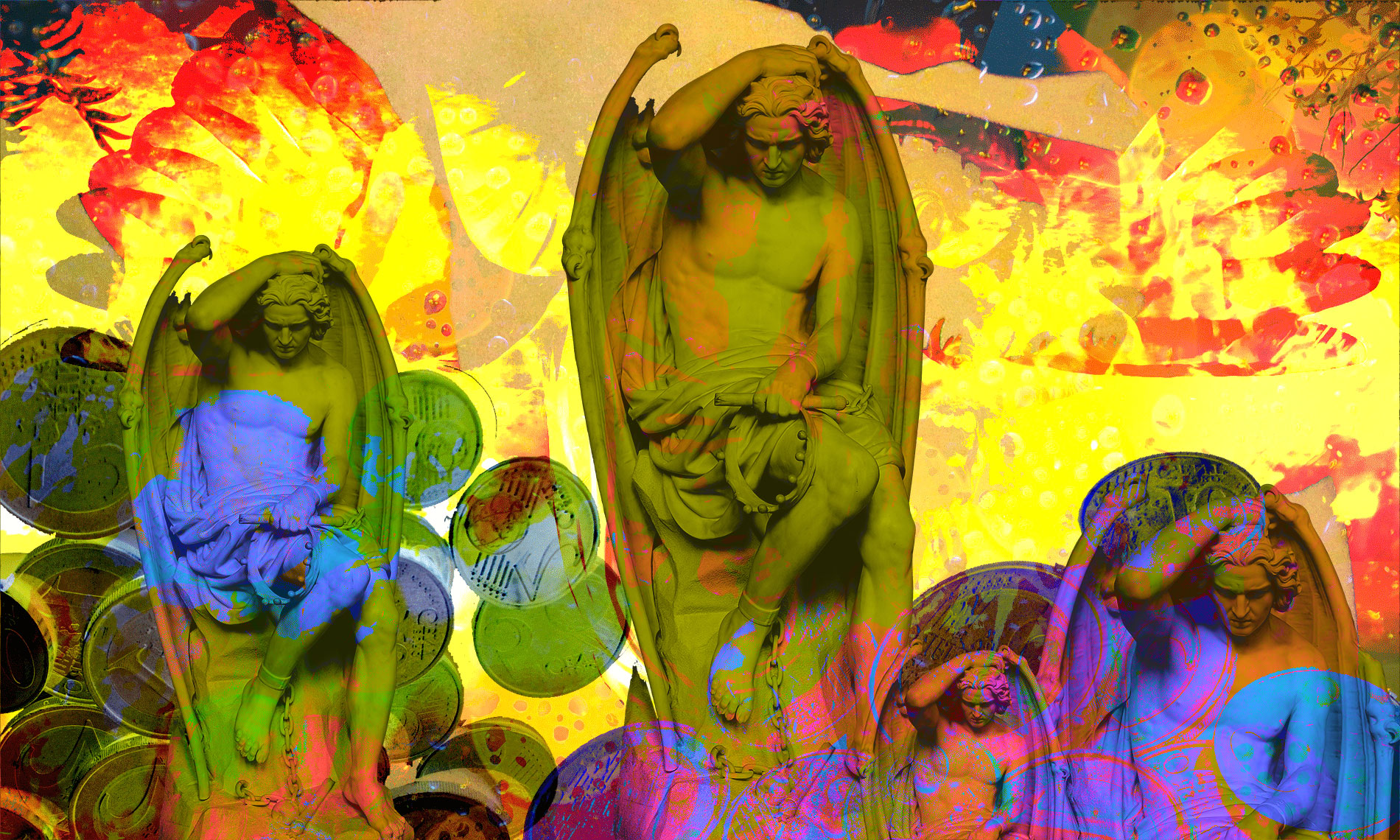 When the day comes, Venus brings light. This is her Latin name: Lucifer. In the silence of a time too far to drizzle again, Lucifer is at the dawn of our humanity. A star? A sister planet? An ancient goddess? A mother ship? Lucifer is much more.

“Already on the crests of the upper Ida rose Lucifer, bringing the day with him; the Daneans held the gates of the city besieged, and no hope of help remained.” (Virgil, Aeneid)

The Daneans are the People of the Goddess Dana, the Tuatha de Danann. They are also called the Peoples of the Sea, or Pelasgians. As seeds sprouting in our hearts revive in us the heroes of old. I have known the sowing, you will harvest.

The etymology of «Lucifer» is surprising since the name comes from the Latin «lux» which means «light» and «ferre», «porter». Lucifer is therefore the bearer of light. In view of this significance, it is not so surprising that this is the name given in ancient times by the Romans to Venus, this planet named «morning star» being the third brightest object in the sky, after the sun and the moon. Moreover, we find this name in Roman mythology to designate different goddesses associated with light: Aurore, responsible for opening the doors of the sky to the chariot of the sun, Hecate, goddess of the moon, and Artemis, also related to the moon. (source) 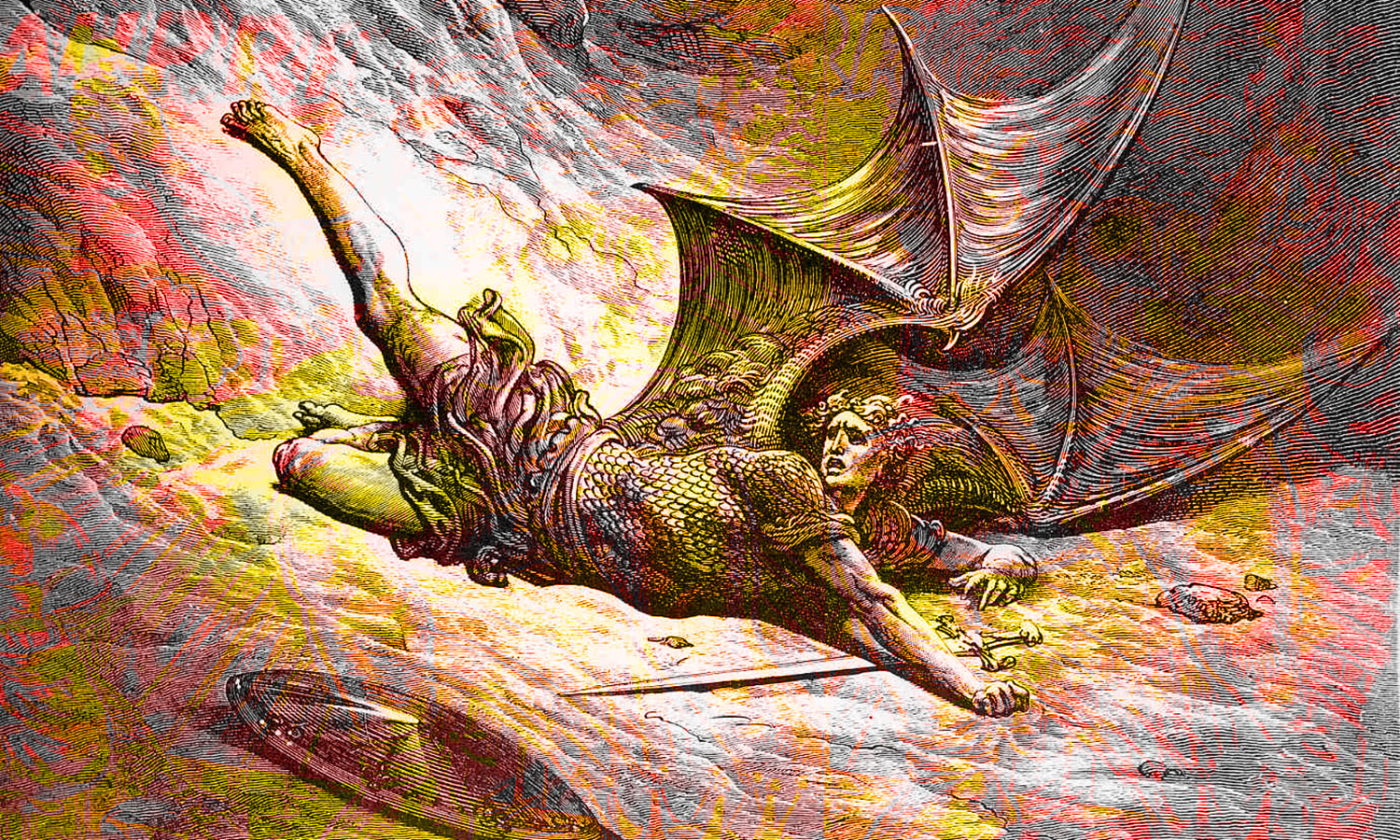 Lucifer, all these light sources. Farandole of the lights that shine on our heads like the candles of the Holy Spirit. Lucifer, the Dawn with the fingers of roses. Lucifer, the pale and quiet Moon.

Anything that brings light deserves that name, Lucifer. Distant echo from memory, oriflamme under the fire, a name that blows to the winds of the centuries. Lucifer. Confused reminder of such ancient times, quite out of the ordinary, very next to the usual, nothing to do with the banal, the opposite of the everyday. Lucifer. We repeat it aloud, in a low voice, in a soft voice, in a loud voice so that it swells with vitality, so that it radiates, so that it sings its fame. It is multiple in its own way, imperial and serene. Its course is elevated from the star to the god.

Lucifer is also the name originally adopted to designate Jesus Christ, true bearer of light. In his book Le Diable – Mon nom est legion, historian Laurent Vissière explains that Christ Lucifer was no longer called from the moment the fallen angel of the Book of Isaiah (Old Testament) was baptized this way.

In the Old Testament, Lucifer appears as an archangel, a powerful heavenly being between god and man, fallen for defying god and having led the other rebellious angels in his fall. (source)

Change the eras, turn the time, pass the fashions. The former savior becomes the new corrupter. The Christ of the previous religion becomes the devil of the next. Lucifer was once Christ, the light bringer — and whoops, sleight of hand! He’s Satan now.

As for Satan, the word comes from an Akkadian title, Saddam, which means administrator. Look at Saddam Hussein. It is said on the cuneiform tablets that the god Enlil was the Saddam of Terra, the administrator of the Earth. His brother Enki reigned over the world below, the Inner Earth, the Center Earth… Among the Gauls, Teutates did the same job.

You don’t have to be a great clerk to draw a parallel with another similar fact. Another son of God who rebels and takes sides for men. I think of Prometheus, nephew of the great Zeus and Titan as his powerful uncle. On his order, Prometheus created Adam in his genetics lab. Adam is our father — all of us come from him.

In Semitic languages, vowels are not written. They vary according to the dialect. Both names Eden and Adam have the same root. Eden Saga can also be read as Adam Saga. Adam is our father’s name as well as that of our humanity, the fifth… and smallest.

Christ Lucifer, pray for us. Together with all the saints and angels, O luminous bearer of knowledge and truth, spread your wisdom in our frightened souls! Pour the ointment of your peace on our hungry hearts! We wait for you, hear us. We pray for you, pray for us. We praise you, protect us. Let it be so in the centuries of the centuries, for the light of the evening is twin that of the morning, for the light of the dawn resembles the paleness of the evening. 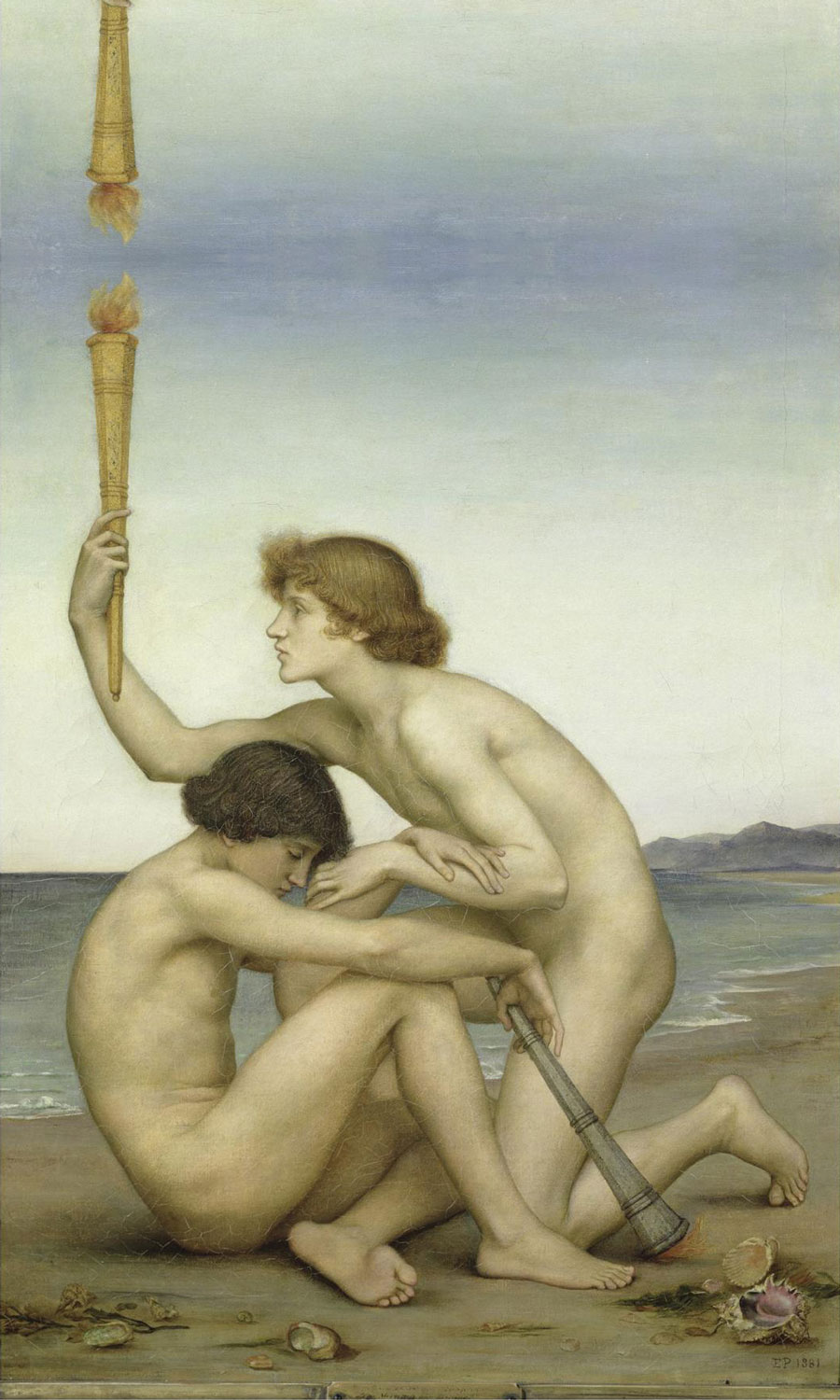 For the Greeks you were Eosphoros and Phosphoros; for the Romans, Lucifer and Vesper. Two labels on the same bottle. These twins make only one: Venus, divine beauty. The first in the evening, the last in the morning.

Venus, the third brightest light after the sun and moon.

Venus, goddess of love — Aphrodite for the Greeks.

Venus, twin of the Earth in dimensions — for the rest, a hell of eruptive lava, unbreathable atmosphere, solar oven temperature. Certainly the least hospitable of the planets. Impossible to terraform… unless these appalling conditions are only a decoy?

One more, you might say. Our history and our universe hide by the ton.

Forgery and use of forgeries. Kingdom of Fake. Nothing is true, everything is counterfeit, touch nothing, the decor is not dry.

If Venus were not a captive comet, as Velikowski imagined, but a mother ship of the former gods, cleverly hidden behind screens of heat and smoke? What if Venus was Hyperborea? The gods walked away as requested by the gods of the Galactic Centre. But not too far away anyway. They positioned themselves on the planet’s orbit as close as possible to ours, the smart guys. And they made the hollow moon to look at us even more closely …

Conjecture? What do you think? There’s a bunch of presumptions that are in favour. So it’s quite possible. I believe in it. But on the other hand doubt remains. Just one thing: Venus the brilliant is nicknamed the star of the shepherd. And the shepherd is none other than the best-known god of Hyperborea: Rama. His helmet was adorned with ram horns. Jesus also said he was our shepherd. You are my shepherd O Lord, nothing could be missing where you lead me…

It began at the dawn of humanity. Now that it is coming to an end, will it be able to close its chapter with an apotheosis below? In the light of truth? Righteousness? Humility? Self-love and respect for others? And vice versa.

This ultimate choice is still possible. It’s up to you.

Rama is a god, a warrior, a druid, a healer, a hero, the first emperor of all the Earth, the first peacemaker of humanity, the first Christ, the first Buddha. His teaching is still very present in the various planetary spiritualities that he sowed. The West has forgotten it, it is a pity. India claims exclusive use, which is worse.

A magnificent conqueror, he served as a model for all others — at least those who cherished his memory. Hannibal, Alexander, Genghis Khan, Tamerlan, Julius Caesar, Attila… Great friend of humans, brother and lover of all women, genius of politics and champion of social peace, Rama is in my opinion the true father of this humanity which is ours. Why did we have to forget him?

I am the champion of his gesture. I come here to repair his memory and pay tribute to the hero. He deserves the full recognition of his people, the blacks. And that of all women. And if the chauvinist males could become less stupid, they would thank him too. When so many gods are invented or embellished to the point of caricature, glory to the one who was able to be forgotten to avoid being engulfed in the muddy waters of trivialization.

May your reign come!

Nietzsche announces the twilight of the gods and that of the idols. I take up his dying torch to announce the return of Rama the Magnificent.

No twilight zone. No misty cloud. Rama will come in the full brightness of White Light.

Ram and the Druidesses

The Odyssey of Rama

The Peoples of the Sea

Emperor of the World

The Hundred Faces of Rama

May Thy Name Be No More! 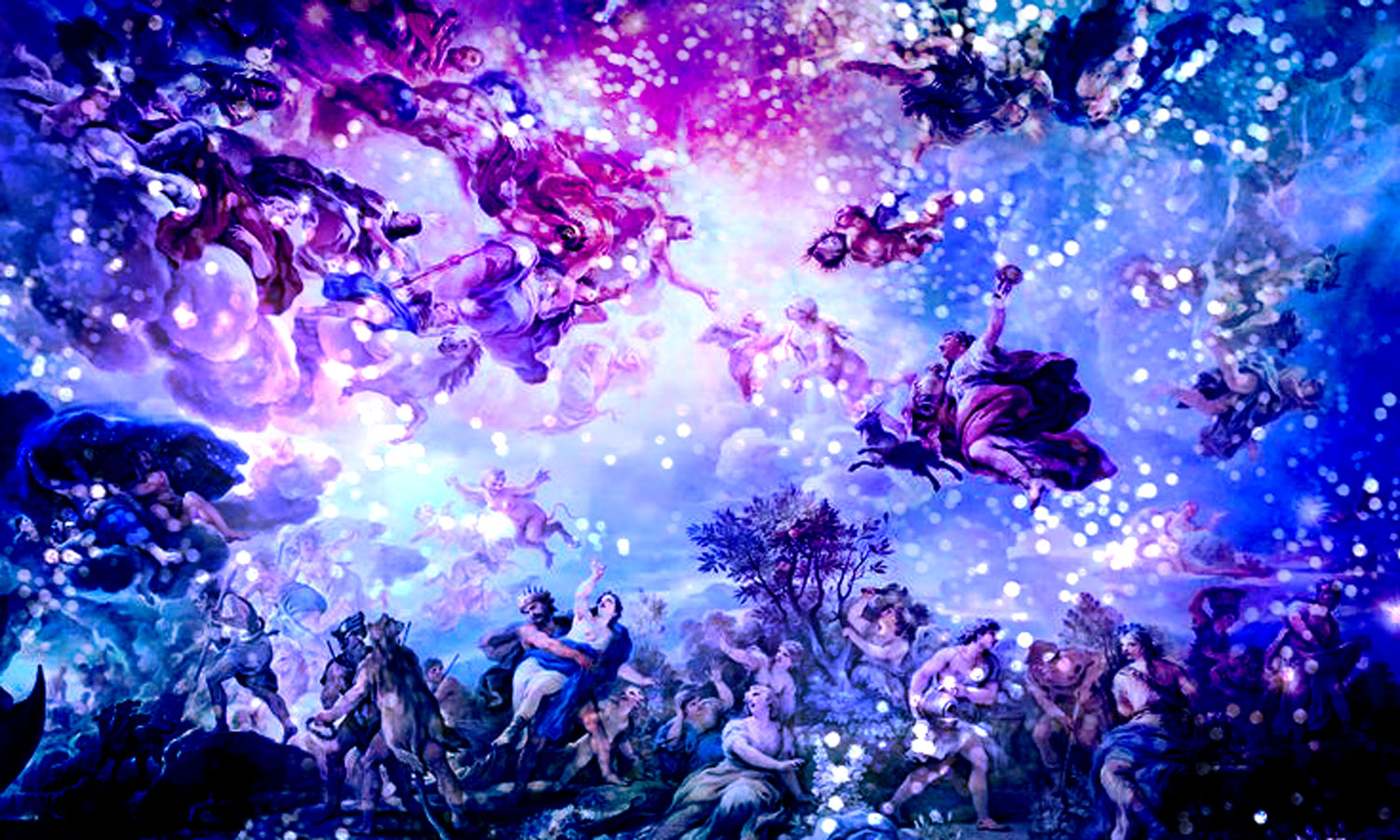 apotheosis: Deification of the Roman emperors after their death. Etymology: from the Greek “apo” (comes from) and “theos” (god). Synonym: glorification. Example: Julius Caesar was the first emperor to receive the apotheosis.

Have you wondered why Jesus-Christ was always said, as if Christ was his last name? So that these two names are inseparable in the minds of believers. In this way, whenever they read Christ, they will not doubt for a second that it is Jesus. The only one, the very true! Labelled and certified by YKW!you know who

The Christ family has many members. There is even a pickle merchant. Rama’s is no less numerous, as the Prince Charming had so many bastards. Other times, other manners. His legitimate son Abram had Isaac, who also reproduced himself. Rama, Abraham, Moses, David, Jesus… Caution: any god can hide another.